"So impressed with the clever campaign" 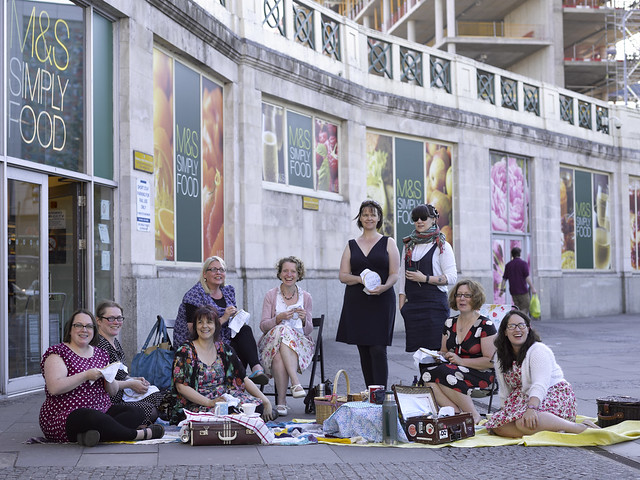 The impact of our campaign to raise discussion about a #LivingWage at Marks & Spencer was enormous. It even led board members at the company's AGM to send out messages of thanks – including one from Baroness Martha Lane Fox of Soho, copied to her 148,000+ Twitter followers.

The campaign was brilliantly co-ordinated by Sarah Corbett and Share Action UK. Sarah said later: “Doesn't seem like a lot, but to get a public tweet thanking us for the campaign, and a personal chat, with her saying board members were talking about their hankies and the campaign even before they stepped up on the stage is a great step we can build on.

“We were told this method of activism has been really powerful, thoughtful and moving. We got lots of claps and encouragement from shareholders and never has @shareactionuk had a company chair mention their campaign in their intro and then three times throughout the Q&A, with such warmth.

“But we have to stay alert and not rest. We reminded them that all craftivist hanky makers will be keeping in touch with our allocated VIPs throughout the year, to check how they are doing, encourage them, and watch their progress.”

Picture (top): Before Marks & Spencer's AGM, groups of craftivists around the country came together to stitch outside stores, talking about our campaign with shoppers and staff